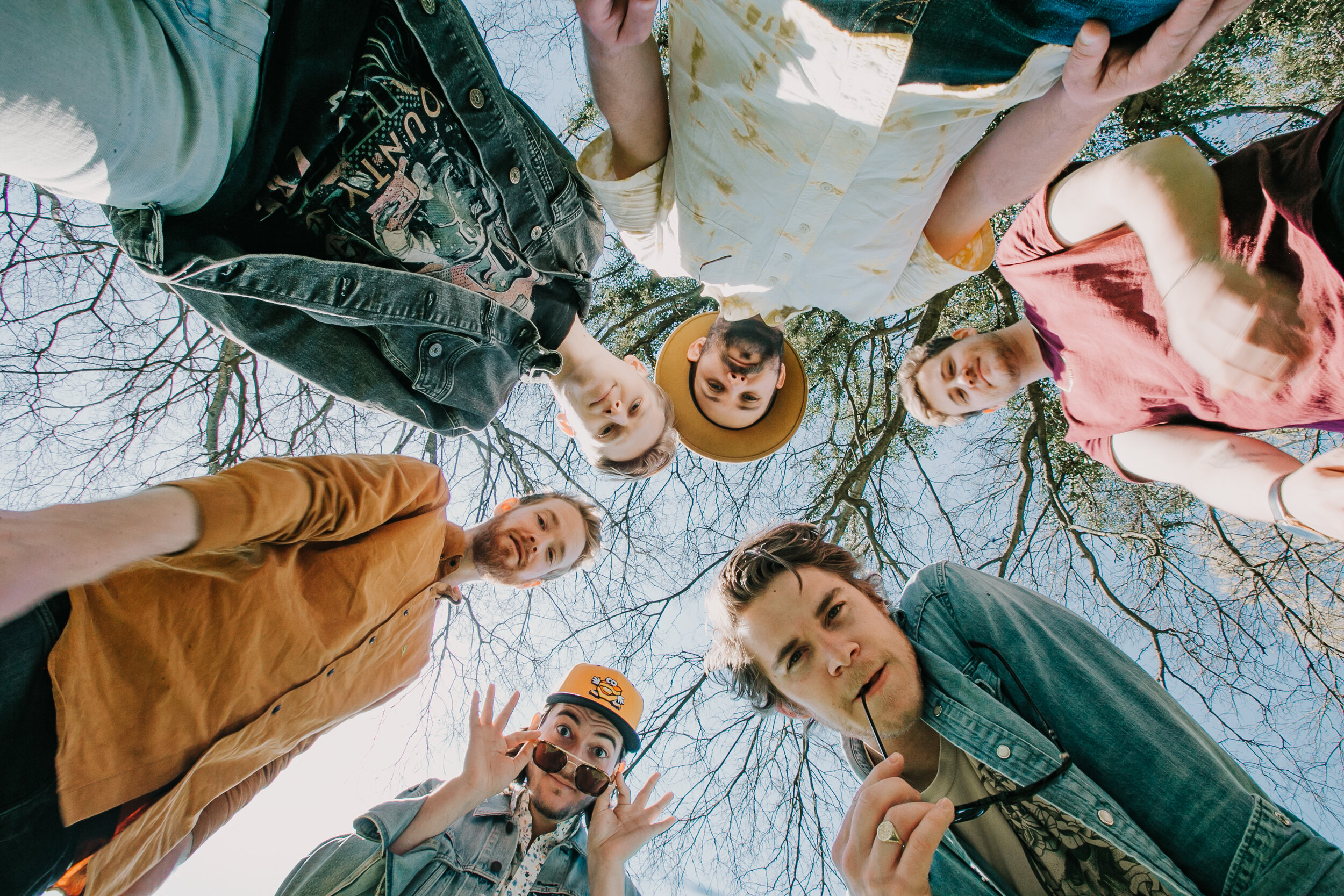 A six-piece ensemble from Nashville, Tennessee, Waker’s sound spans the American musical spectrum. The group combines the spirit of classic

A six-piece ensemble from Nashville, Tennessee, Waker’s sound spans the American musical spectrum. The group combines the spirit of classic rock, the pathos of Motown soul, the restless experimentation of jam-band music, and the songwriting acumen of the best indie rock and what results is a wholly original and stirring aural gumbo. It’s this unique sound that’s earned them slots on stages at Bonnaroo, Hangout, and SXSW.

This year, the band is poised to release its debut album, Fresh Out. Produced by Lincoln Parish, best known as the lead guitarist for Cage the Elephant, the album is the story of an American road band in the year 2020 and the trials and tribulations they’ve had to endure along the way.

The road to Fresh Out was long, but ultimately, it was a rewarding one for Waker. The band’s narrative stretches back to the mid-aughts, when Chase Bader and Conor Kelly (electric guitar) met as classmates in fifth grade in Catholic school in Colorado. After playing in various high school bands together and learning from each other musically, Chase moved back to his native Alabama his senior year. The two remained in close touch, as friends and musical partners, and eventually ended up together at Belmont University in Nashville.

While at Belmont, Chase and Conor formed a band called Koa. “We saw there was a trend around Nashville with bands releasing a lot of music,” says Conor. “Instead, we thought it would be cool to start developing a core group of fans and start to create a fanbase. We started playing live immediately.”

This incarnation of the group saw the addition of bassist Ryan Ladd, percussionist Ryan McClanahan, and sax player Al Mathews. The group played house shows in Nashville before touring the Southeast and the West, playing everything from frat parties to festivals. Make no mistake, this is a band that has paid its dues, sleeping in moldy hotel rooms and clocking endless hours in a run-down van, traversing the nation’s highways and byways. Some time later, the guys brought on drummer Dave Czuba to cement the band’s lineup and it was around this time they rechristened the band Waker.

These formative experiences on the road, trying as they were, only brought the band closer together. For years, the group, who has only released one EP to date, labored in the studio, working on a full-length debut album that was eventually scrapped. Yet Waker has always been a band that thrives on spontaneity, natural energy, and that sense of being in the moment. The sessions for the first album attempt were replete with second-guessing and overdubbing, draining the songs of their original zest. The band is a truly democratic enterprise, something of a rarity in the world of pop music, with all members contributing to the songwriting and arrangements. The work on the road provided the vital energy to propel their artistic vision into its present fruition.

All the while, the band’s songwriting continued to improve. Chase and Conor are ceaseless writers, and the new songs they were writing as the sessions winded down were better than anything on the album. It was around this time that Lincoln Parish entered the picture, having liked the demos he heard of the new songs. “We had this weird existential moment where we wondered, ‘Do we bite the bullet and put out the old album or do we take a step back?,” Chase says. “We took the more patient route and it made all the difference.”

Most of the new album was cut live in Parish’s home studio, with a few tracks salvaged from the last album. The tracks contain the vibrancy and verve the band has become known for onstage. “For a band like us, who are on the road so much, for us to go in with no road map, that was really freeing, but scary at the same time,” says Chase. “No one knew how it would turn out so we trusted the song.”

“Lincoln’s approach was totally the opposite to what we had before,” adds Conor. “It sounded like us live, and that’s our mission statement, to bring out the best of us both creatively and how the band actually sounds. The songs are pretty amazing and I think it’s the first time people are going to hear it in a recorded format.” “As you get older you go through more life,” says Chase. “We’re more established people in our own mindset now, and we trust our own songwriting process and we know what works for us.”

Press play and the album hurtles out of the gate with the lead single, “Waiting On You.” It’s a song the band wrote late one night, after finishing a marathon writing session for another tune that appears on the album. “I never thought I would be a part of writing a song like that,” Conor says. “It’s the easiest song I’ve ever played, just a three-chord song and it feels so good.”

A song called “Many Days Ahead” recalls prime-era Dave Matthews Band. An exuberant salvo with an anthemic chorus and soaring guitar solo, the song holds special meaning for percussionist Ryan McClanahan. “It has a ringing message which feels true today,” he says, “about not getting so caught up in what’s going on now.”

The album closes with a tune called “Small Song,” which showcases the more introspective nature of the lyrics. The last number written and recorded for the album, “Small Song” is a meditation on the vicissitudes of life, and the hidden beauty found in life’s dramatic turns. “I really wanted that song to be the last song,” says Chase. “That song to me just says it all, that you can’t appreciate something until you’re away from it, until you’re outside of a frame and you can actually take a look.”

Waker now sits outside the frame of Fresh Out, and they like what they see. They’re eager to give it another life on stage, where it can grow in the hearts and minds of their burgeoning fan base. As Chase says, the music of Waker is all about what’s possible, and Fresh Out is chock full of possibility.