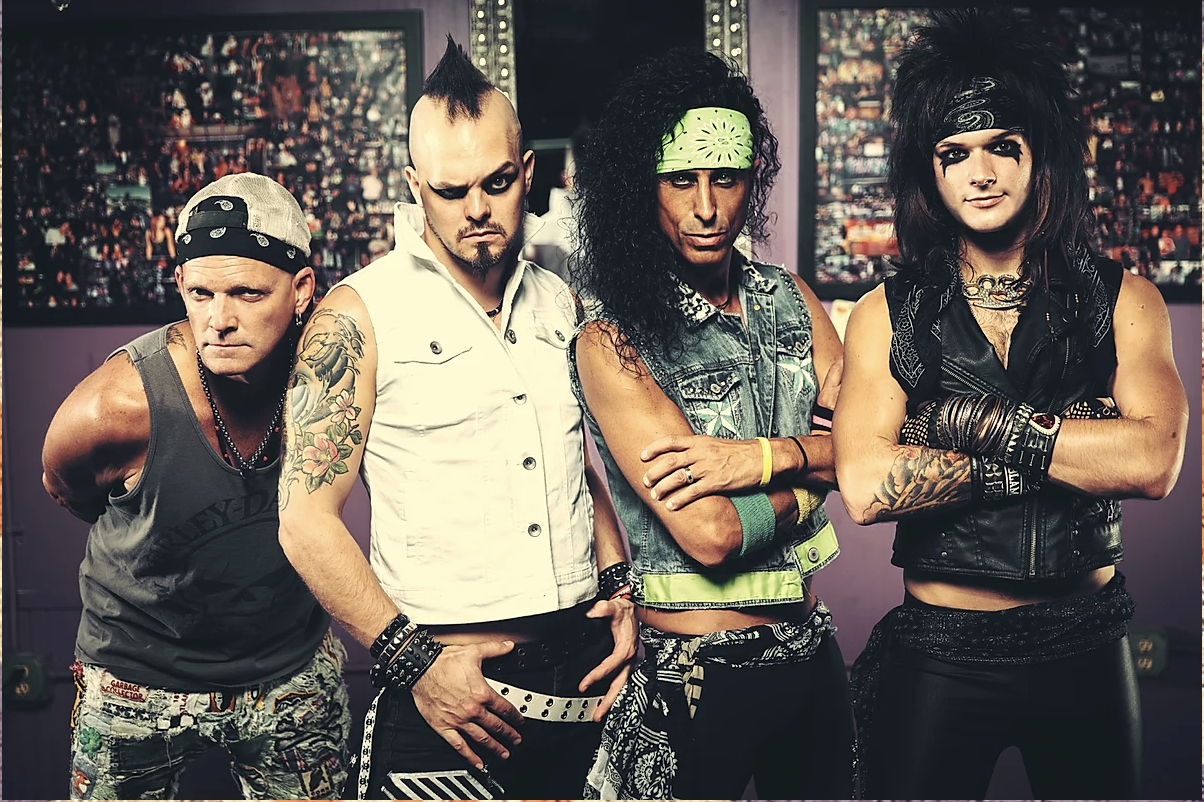 The World Famous Velcro Pygmies want to take you on a little journey, and they promise it won't hurt.  This golden ticket will get you a trip back to

The World Famous Velcro Pygmies want to take you on a little journey, and they promise it won’t hurt.  This golden ticket will get you a trip back to a time when music was in its prime. Back when hair was big but rock ‘n’ roll was bigger … back when a 17-second guitar solo transformed a man and his machine into a Rock God … back when fallen angels swarmed the front row like Aquanet to a feathered bang.

The Velcro Pygmies travel the country year-round – from the Gulf Shores to the Great Lakes – to share the sights, sounds and stain-washed denim of the glorious ’80s, schooling audiences on the difference between a rock band and a rock show. From start to finish, they command the stage with a prowess uncommon in today’s industry, and they leave you begging for more. No gimmicks or tricks, just undiluted rock ‘n’ roll energy that unites every race, creed, age, and gender.

The Velcro Pygmies are more than just a band – they are a way of life. They’re a nitro-fueled Trans Am prowling the streets at dusk, looking for some action – satisfaction all night. They ain’t looking for nothing but a good time, and it doesn’t get better than this.