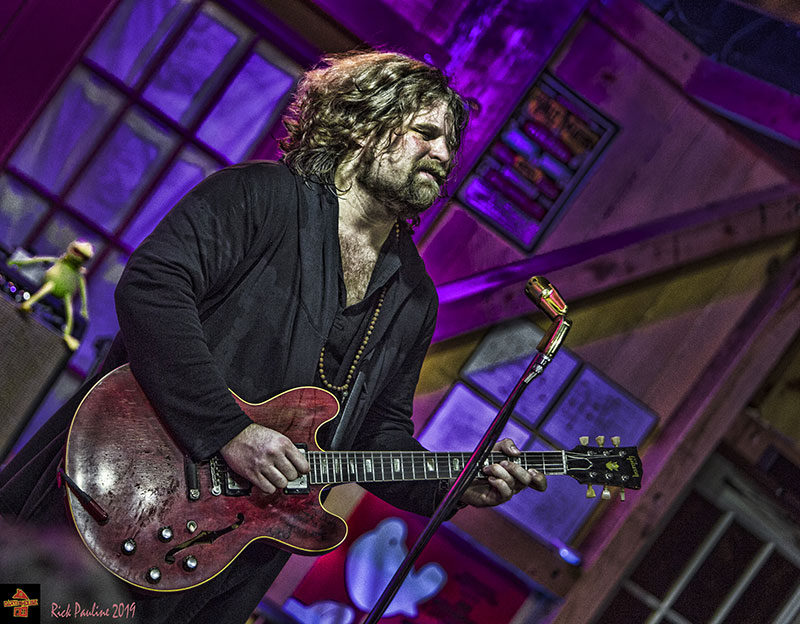 On his new and first solo record, the soon to be released, OFF AT 11, recording artist and Chicago native now Nashvillian,  JD SIMO  wants you to know that above

On his new and first solo record, the soon to be released, OFF AT 11, recording artist and Chicago native now Nashvillian,  JD SIMO  wants you to know that above all things, what matters most to him is that music should be honest.  The gifted artist more than offers this in a psychedelic, free-flowing, dynamic soundscape that exemplifies just that… Honesty.

Acid rock, traditional blues, folk, soul, free form jazz, and the never ceasing desire to improvise pulses from this collection in a mind bending, kaleidoscope of sound, energy and vibe. NPR said, “Nashville blues trio SIMO sounds as if it comes to us straight from 1968.” And Rolling Stone lauded, “J. D. Simo spins soulful psychedelic blues rock with an improvisational bent reminiscent of the Grateful Dead and Stevie Ray Vaughan. Though he’s been performing in bands since his teenage years, [he] has begun to get national attention….”

With influences as diverse as the Jimi Hendrix Experience, Captain Beefheart, Miles Davis and the Allman Brothers to blues guitarists such as Lightnin’ Hopkins  and BB King, this young artist, is taking the listener on a musical journey using LOVE as the guideposts.  He explains, “There’s an underlying theme of LOVE that permeates the album. Both outward love but also inner and self love. These days, everything is so heavy, but I just want to point out some joy, love and deep passion; in this world, we all share that spirit. OFF AT 11 does that.”

The recording of this rocking, blues driven, electric tour de force, was recorded over a three day period in the summer of 2018, “Our next summer of LOVE”, says JD Simo. Recording during a brief break in touring including JD’s first shows as a newly cultivated member of Phil Lesh and Friends, JD and his band recorded these musically dense and inspiring tracks in a “groovy space” to lay down something authentic, filled with fun and NO edits, NO tricks.  “Just honesty and a tape machine” he continues.

Produced by JD in association with his co-manager Michael Caplan, and due to be released this year, OFF AT 11 consists of 8 tracks that are laid out on the record like a musical journey through gifted guitar playing and singing, incredible  rhythm section arrangements and lyrics that convey that “all the feels” momentum.

Songs titles: Off at 11, Temptation, Sweet Little Angel and others could have been released in the height of the 60’s but have a modern musical approach that are clues to the immense talent of JD Simo and his band.

With his band, SIMO, JD and cohorts have gained a solid fan following from touring and opening for bands such as Blackberry Smoke, The Gregg Allman band, Warren Haynes, Tommy Emmanuel and others. They have played Bonarroo, Warren Hayne’s Christmas Jam and Mountain Jam since the formation of the band in 2010.

“The experience with SIMO set the stage and pushed me forward to record OFF AT 11” I loved the process, the playing and the struggle to make this record a reality. I hope everyone feels the LOVE.” JD said.

SIMO  debuted at number 4 on the Billboard Blues chart in January 2016.He has been noticed by No Depression, Rolling Stone, Guitar Player, Relix, Guitar World and NPR among others. The band was featured on NPR’s World Cafe which was broadcast nationally after the initial broadcast in late January on Philadelphia’s WXPN.  The band started its first full national tour in January 2016 bringing them to over 37 states and playing over 80 shows.