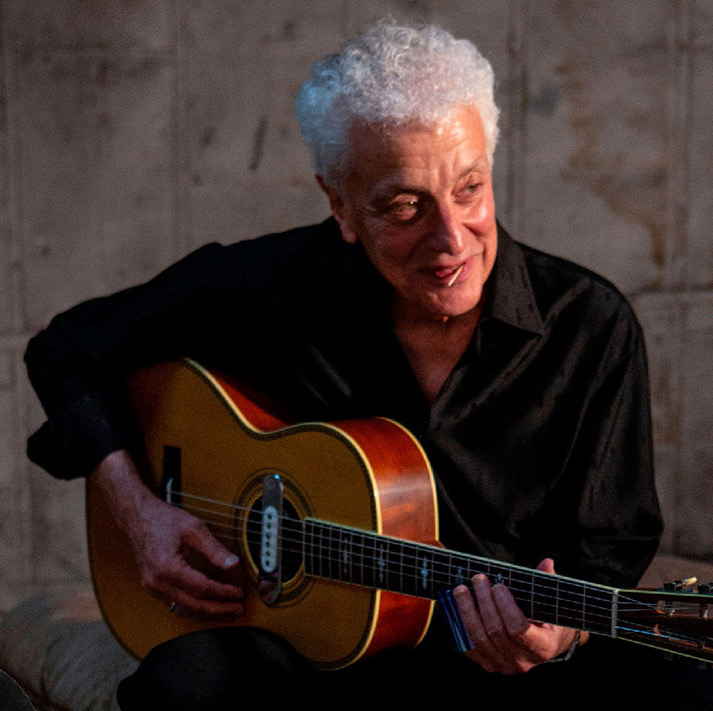 MacLeod is known for his superb songwriting, guitar wizardry, warm soulful vocals, wit, and unforgettable live performances. At the heart of a Doug MacLeod performance is his knack for storytelling,

MacLeod is known for his superb songwriting, guitar wizardry, warm soulful vocals, wit, and unforgettable live performances. At the heart of a Doug MacLeod performance is his knack for storytelling, bringing characters-from the faceless to the legendary-to strikingly real life. Doug is a multiple Blues Music Award winner, most recently the 2018 Blues Music Award for Acoustic Album Of The Year ‘Break The Chain’ and the 2017 Blues Music Award for Acoustic Artist Of The Year. He is nominated for the 2020 Blues Music Award for Acoustic Artist Of The Year. He is currently working on his new album with producer Jim Gaines. Doug is an international touring artist who writes and sings original songs that are based on his own life and experiences. He learned from the old masters and carries forward a valuable tradition. As a youth, Doug overcame abuse and a crippling stutter by turning to music. After picking up a guitar, and singing – he found his voice. MacLeod’s playing landed him sideman gigs with George ‘Harmonica’ Smith, Big Joe Turner, Pee Wee Crayton, Eddie ‘Cleanhead’ Vinson, Lowell Fulson, and Big Mama Thornton. Over 30 years, 21 studio albums, several live records, compilations, a blues guitar instructional DVD and a live performance DVD, MacLeod has consistently earned raves. His songs have been covered by many artists including Albert King, Albert Collins, Joe Louis Walker, and Eva Cassidy. MacLeod’s songs have been featured in many TV movies and the hit show In the Heat of the Night. August Wilson requested his soulful slide guitar playing in the Los Angeles opening of “Gem of the Ocean”. From 1999 to 2004 Doug hosted Nothin’ But The Blues, a very popular weekend blues show on Los Angeles’ KLON-KKJZ. He has also been the voice for The Blues Showcase on Continental Airlines. For ten years he penned “Doug’s Back Porch,” a regular feature column in Blues Revue Magazine in which he shared his humorous and insightful stories with thousands of readers. He is one of the four featured artists in the movie “Resonate: A Guitar Story”, the feature documentary on the making of National Guitars. Like the old masters who taught him, MacLeod’s music expresses life and times through an intangible, elusive quality that may simply be a keen sense of what matters most. Doug’s music, stories, and philosophy provide a healing that has helped others overcome the hardships of their lives. Doug says the most important lessons he learned as a young musician came from Ernest Banks a one-eyed country bluesman from Toano, VA. “Never play a note you don’t believe” and “Never write or sing about what you don’t know about.”As Pee Wee Crayton’s widow Esther once told Doug, “You have a message and you’ll send that message mainly to the people who don’t go to church.” Amen.